I have no hand in N- Power Job Racketeering — Lawan 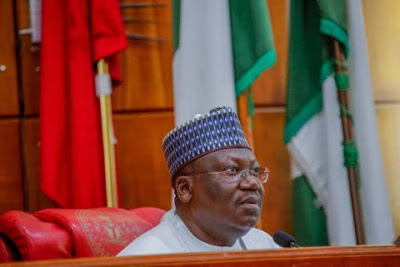 President of the Senate, Senator Ahmad Lawan said on Saturday said that the Ministry of Humanitarian Affairs and Disaster Management did not allocate N-Power recruitment slots to him.

According to him, the denial became imperative because his attention was drawn to a publication in an online medium, purporting that the Ministry of Humanitarian Affairs and Disaster Management allocated N-Power recruitment slots to the Senate President and other lawmakers.

N-Power is one of the schemes in the National Social Investments Programme introduced by the President Muhammadu Buhari administration to address the challenges of youth unemployment by providing a structure for large-scale and relevant skills acquisition and development while linking its core and outcomes to fixing inadequate public services and stimulating the larger economy.

Lawan in a statement by his Special Adviser, Media, Ola Awoniyi said that he was not involved in the allegation that was raised.


An online medium had published that some lawmakers printed out application forms from the portal of the N-Power scheme which is expected to be shared with the beneficiaries of the slots allocated to them.

The statement read, “We hereby advise members of the public to totally disregard the fake and malicious publication in its entirety as regards the Senate President.

“It should be noted that the fairytale only blandly and obliquely claimed that some lawmakers printed out application forms from the portal of the scheme but failed to provide any evidence that this was to fill its speculated allocated slots.

“We urge the media to always strive to be factual in their reports and abide strictly by the ethics of their profession which require them to hear from all sides and objectively establish the facts, especially before publishing accusations capable of damaging the reputation of public officials.

“Finally, we firmly restate that the story in reference is malicious and should be disregarded.”