Hushpuppi set to be extradited from UAE to Nigeria 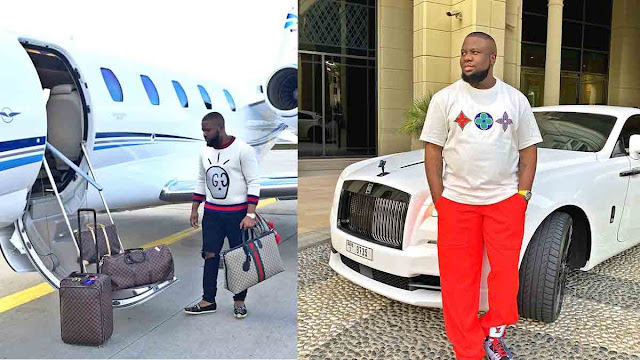 
The INTERPOL is also on the trail of other accomplices in the alleged fraud who are resident in Nigeria to bring them to justice.

Commissioner of Police (CP) INTERPOL, Garba Umar disclosed these to newsmen yesterday while confirming the arrest of Igbalodely whose real name is said to be Ramoni Igbalode.

He said: “It is true that Hushpuppi was arrested by the INTERPOL. We are currently working on bringing him to Nigeria to face charges of fraud.

“Some of the offences were committed here in Nigeria and he has to answer for them. He is not alone in it; there are accomplices in the country who we are currently on their trail,” said the CP.

Hushpuppi, known for his reckless display of wealth on social media, was arrested three days ago for allegedly hacking into the United States (US) unemployed database and impersonating citizens qualified for unemployment funds.

He and his accomplices in Nigeria, Dubai and other countries allegedly defrauded the US of over $100 million meant for Native Americans in the battle against the coronavirus pandemic.

His arrest came three days after he posted a picture of his newly acquired 2020 Rolls Royce Cullinan worth about N280 million, the latest addition to his fleet of exotic vehicles.

It was alleged that Hushpuppi was arrested alongside two of his friends after weeks of investigation by the US Secret Service, following the alarm raised in May about a crime ring of suspected Nigerians who broke into the personal information of citizens and used factitious unemployment claims to steal hundreds of millions of dollars reserved to help jobless American people.

The syndicate was alleged to have filed in so many names of Americans who were still working to various state unemployment offices and collected money from the system.

They were alleged to have used information stolen from first responders, government personnel and school employees.

The escapades of a suspected fraudster
Ramoni Igbalode may not ring a bell. But the mention of Hushpuppi alerts many about the Nigerian born Instagram celebrity who lives in Dubai, the United Arab Emirates. Hushpuppi is virtually synonymous with glamour. 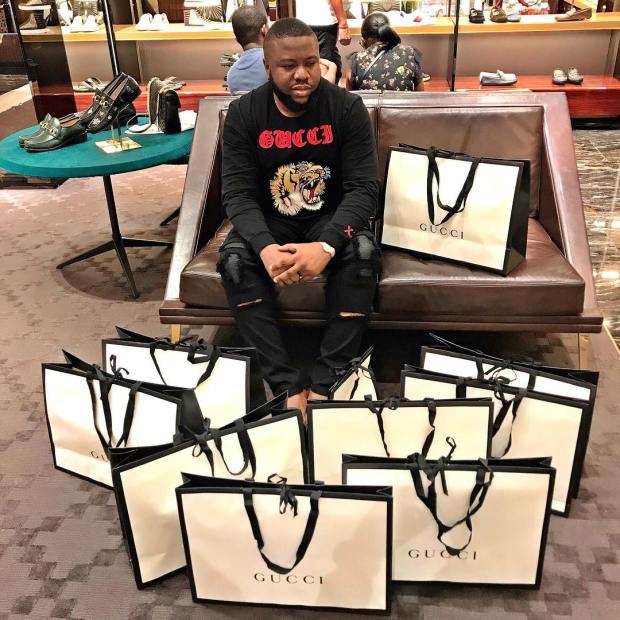 Until Wednesday, June 10, when he was reportedly arrested, he had kept entertaining his 2.3 million followers on Instagram with his luxurious lifestyle. His name echoes glamour and panache as he junkets the globe on private jets, flaunting high-end clothing, watches, and shoes on the social media.

Known for his weakness for luxury and high-end brands like Gucci, Balenciaga, Rolls Royce and Versace, Hushpuppi is a regular face at Dubai’s premier luxury department, Harvey Nichols.

Although he claims to be a real estate developer, according to his bio on Instagram, his high taste for expensive lifestyle has not only endeared him to his 2.3 million followers on Instagram but also celebrities and dignitaries from different walks of life.

From music stars to footballers and Nigerian lawmakers, Hushpuppi’s name resonates across the globe – with roots in Nigeria and Dubai.

On January 7, 2020, ex-Senator Dino Melaye turned 46 and decided to throw a lavish party for the occasion in Dubai. The guest list had the names of ex-Speaker of the House of Representative, Yakubu Dogara, and former APC spokesman, Timi Frank. Also at the party filled with the distinguished guests was no other than Hushpuppi, the Instagram celeb who partied and took pictures with Dogara, Timi Frank, and Dino Melaye.

The lifestyle displayed by Hushpuppi on Instagram drew several Nigerian music stars to him. Touted as a philanthropist, music stars like Olamide and 9ice sang Hushpuppi’s praises with reckless abandon. It is, however, not certain whether these music stars benefitted from Hushpuppi’s largesse.

On November 16, 2014, Hushpuppi was spotted with ‘Kukere’ star, Iyanya. He shared a picture of himself with the singer with the caption, “Out for dinner with Mr. Oreo Iyanya.”

On November 1, 2018, Hushpuppi shared a picture of himself with Wizkid. The two were seen to be hanging out somewhere in Dubai.

On March 26, 2019, Hushpuppi shared a picture of himself with Manchester City defender and French international, Benjamin Mendy. Although the nature of the relationship between the Instagram celeb and the footballer could not be established, he captioned the picture, “I wish I can play for Manchester City and be humble and down to earth like my bro Ben Mendy. Thanks for being the most amazing person ever bro.”

From Davido to Eniola Badmus, Kcee, Phyno and Timaya, Hushpuppi has had his fair share of controversies. He had first taken on Davido, claiming that he was richer than the musician. He bragged about his authentic designer wears and shoes, saying many Nigerian celebs wear fake products.

He had also trolled Phyno and Iceprince, saying that since the duo wear fake Patek wristwatches, they should stop complaining when people pirate their music. He also toed the same line in respect of Eniola Badmus and Timaya, who in anger dragged him and dared him to come back to Nigeria.

Hushpuppi is rarely seen with individuals on his Instagram posts. But on December 14, 2015, he shared a picture of himself and Mompha, announcing to his followers that they were both flying to Malaysia on a private jet for some business deals after expending millions on designer shoes, bags, and clothes. However, there are unconfirmed reports that the relationship between the two Instagram celebs has since gone sour.

Interestingly, Hushpuppi was reportedly arrested in Dubai exactly eight months after Mompha was arrested in Abuja by the Economic and Financial Crimes Commission, EFCC, for alleged fraudulent activities.