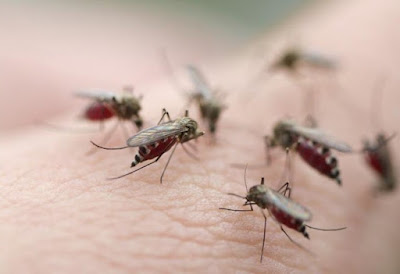 A vaccine made of mosquito spit — that could protect people from the “next epidemic” — might be in the offing after a recent study by Jessica Manning, a US researcher.

According to Reuters, in 2015, Manning conceived a novel idea of initiating a vaccine that could protect people against not just malaria but all mosquito-borne pathogens simultaneously.

The vaccine would protect against all of the pathogens that the insects inject into humans — including malaria, dengue, chikungunya, Zika, yellow fever, West Nile, Mayaro viruses and anything else that may emerge — if it becomes a success.

Her vector-based vaccine is seeking to train the body’s immune system to recognise the saliva proteins and mount a response that would weaken or prevent an infection.

The initial results of Manning’s work with her colleagues, said to be published on the Lancet journal on Thursday, is believed to the first-ever clinical trial of a mosquito spit vaccine in humans.

Findings from the trial revealed that an anopheles mosquito-based vaccine was safe and that it triggered antibody and cellular responses.

Manning, who works as a clinical researcher for the U.S. National Institute of Allergy and Infectious Diseases, said the vaccine would be “the Holy Grail” if the trial becomes a success.

She, however, called for “more innovative tools” to facilitate the study.

Michael McCracken, who studies immune responses to mosquito-borne viruses at the Walter Reed Army Institute of Research in Maryland, described the initial results as “foundational.”

“This is big, important work. Mosquitoes are arguably the deadliest animal on Earth,” he said.

Manning’s work comes against the backdrop of increasing focus on infectious diseases and vaccine research since the outbreak of the novel coronavirus, which was declared pandemic in March 2020.

According to the World Health Organisation (WHO), “mosquitoes are one of the deadliest animals in the world. Their ability to carry and spread disease to humans causes millions of deaths every year. In 2015, malaria alone caused 438 000 deaths.”

The COVID-19 pandemic, on the other hand, has so far killed nearly 425,000 worldwide with 7.7 million cases, according to worldometer.