How kidnappers killed doctor, his son and friend after receiving N7.5m ransom 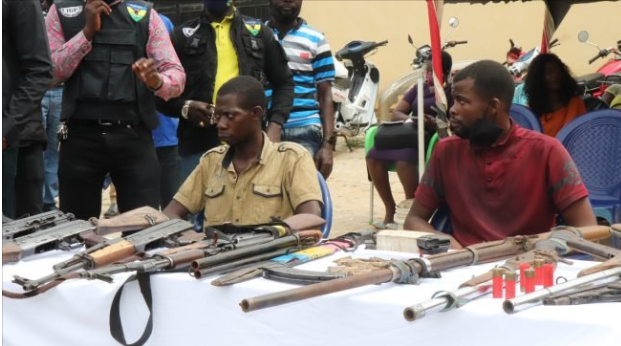 The Nigeria police force says it arrested two suspects in connection with the kidnap and death of Audu Benedict, a medical doctor.

Benedict, 70, was kidnapped alongside Iramon, his son, aged 32; and Samaila Akenjinba, his associate, aged 30; while travelling from Takum in Taraba state to Abuja on March 10, 2019.

For several months, the abducted persons were in captivity despite paying ransom to their abductors. But they were later killed.

In a statement on Monday, Frank Mba, police spokesperson, said two suspects have been arrested in the connection with the incident.

He identified the suspects as Henry Terkula, 25, and Terhile Tsavbe, a 30-year-old indigene of Benue state.

Mba said the criminal gang received N7.5 million as ransom, including the forced issuance of a N500,000 cheque which was cashed in a bank in the state.

He said despite the ransom paid, the suspects killed the victims and buried them at Gawa in Katsina-ala LGA of Benue state.

“Police Operatives of the Intelligence Response Team arrested two (2) suspects for the kidnap of a Medical Doctor, Audu Benedict, his son and one of his associates in Katsina-ala LGA, Benue State while travelling from Taraba State to Abuja on 10th March, 2019,” he said.

“Investigations revealed that the criminal gang collected 7.5 million naira as ransom from the families of the victims as condition for their release.

“The suspects forced the late Dr Audu Benedict to issue them a cheque of N500,000 which they cashed in a commercial bank in Gboko town, Benue State. Subsequently, the suspects killed the three (3) victims and had them buried in a shallow grave at Gawa in Katsina-ala LGA of Benue State.

Mba added that “efforts are being intensified to arrest other suspects still at large and the police team is on the verge of exhuming the remains of the slain victims”.