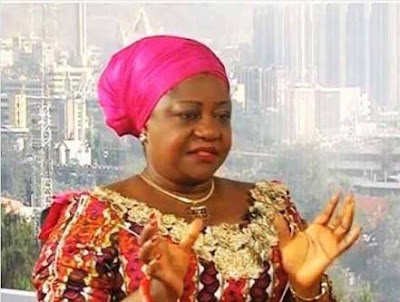 Onochie issued the warning while commenting on the ongoing forensic audit of NDDC.

NDDC’s Interim Management Committee is under investigation for alleged mismanagement of N40bilion.

Recently, the Senate had vowed to unearth the truth and expose those behind the alleged mismanagement of the huge sum.

Following the alleged sharp financial practices, Buhari had in October last year ordered a forensic audit of NDDC’s operations from 2001 to 2019.

“NDDC headquarters in Port Harcourt, Completed in less than 6 months of the Interim Management Committee set up to oversee the NDDC. Completed After 20 years!

“A Forensic Audit on the NDDC is also going on. Heads will Roll.” 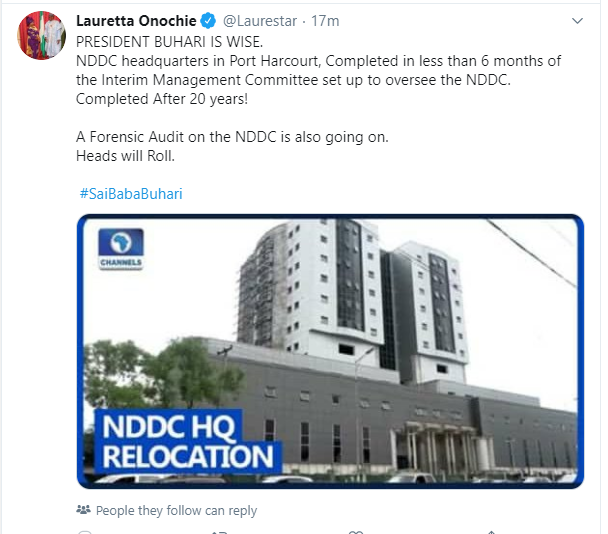