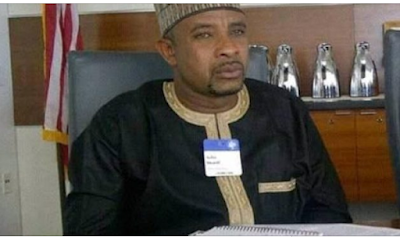 The police arrested Sharif, board of trustees chairman of CNG, after the protest against the widespread insecurity in the north.

On Tuesday, some members of the group had protested in Katsina, calling on Aminu Masari, the governor, to resign if he could not guarantee the security of lives.

They also demanded action from the government of President Muhammadu Buhari.

“The police accused him of unlawful gathering and for defaming the character of Femi Adesina in our counter statement against Adesina’s attack on Ango Abdullahi, convener of the Northern Elders Forum (NEF), who had earlier in a statement on Sunday, condemned the incessant killings in the north,” he said.

But in his reaction, Adesina described the group as “a mere irritant”.

“It is a quasi-organization that boasts of no credible membership, and its leader is akin to a General without troops,” the spokesman wrote.

In form of a rebuttal, the CNG issued a statement signed by Abdul-Azeez Suleiman, its spokesman, defending the NEF.

Suleiman said the “coalition is not surprised that Mr. Adesina stopped at childish insults because he has nothing with which he can defend the Presidency against the position of the NEF…”

“Typical of the crowd around the old general, Adesina could not exempt the administration of the facts laid out by the northern elders beyond irresponsible, clumsy and indecorous gaffes devoid of the true essence of the matter,” the statement read.

“Adesina, in a desperate haste to defend the indefensible, only succeeded in exposing himself as an ethnic bigot with an endemic hatred for other non-yoruba ethnicities to the point of rejoicing over the killings of innocent northerners due to the incapacity of the government he serves.”

Adam said the response to Adesina formed the basis upon which the police detained Sharif.