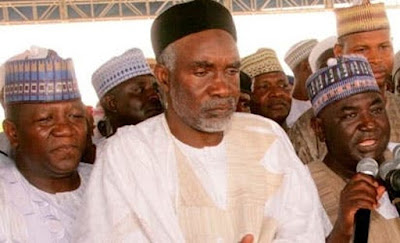 SP Sulaiman Nguroje, Police Public Relations Officer confirmed that the 90-year-old victim was taken from his home in Yola.

Nguroje said that the victim was kidnapped by suspected criminals on Thursday at about 2 a.m. in his residence at Mayo – Belwa town, the headquarters of Mayo – Belwa Local Government Area.

Meanwhile, Mayo – Belwa, Jada, Ganye and Toungo local government areas in southern Adamawa have been under siege due to the activities of kidnappers.

Sanda, who is among the first-class traditional rulers in Adamawa, and large scale farmer, complained that the insecurity situation was threatening agricultural activity in the areas.

The monarch urged the people to equally cooperate with the security operatives and to report any suspicious movements or character to the nearest security post.