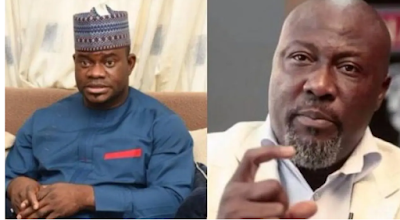 Kogi State governor, Alhaji Yahaya Bello has called on security agencies in the State to go after the criminals who participated in Thursday’s bank robbery in Isanlu and attack on Police Station which led to the death of some persons, including police personnel on duty.

Governor Bello gave the directive in a statement released by his Chief Press Secretary, Onogwu Muhammed in Lokoja, the State capital.

While condoling with the family of those who lost their loved ones in the unfortunate attack, Bello described the incident as unacceptable, dastardly and cowardly, imploring security operatives to apprehend the perpetrators.

Governor Bello charged residents of the State to readily assist the security operatives, in their own way, by providing useful information to help combat crime in the State.


He said the State’s hospitality should not be taken as a gateway for criminal elements, assuring the people that the government will protect them from the hands of criminals.

“Our open arms is no invitation to criminals. Our first responsibility as a government is to ensure the security of lives and property in the state. Bank robbery was a recurrence decimal in Kogi state before the current administration.

“Together with all security agencies in the state, we ended the regime of this form of crime since 2017, we will not allow this to reverse the gains we have recorded in protecting lives and property of our people,” he said.

The Governor has also directed security agents to strengthen surveillance and intelligence gathering that could lead to arrest of the criminals.

Similarly, Senator Dino Melaye has commiserated with the traditional leadership, people and residents of Isanlu town in Yagba East local government area of Kogi State over the incident.

Melaye, who said he was saddened by the incident, described the robbery attack and loss of lives as sad and unfortunate.

He, therefore, stressed the need for the people and residents of Kogi State to be more security conscious, even as he called on the state governor, Yahaya Bello, to be more proactive about the failing security of the Confluence State.

Melaye equally called for collective efforts among the security agencies in tackling securities challenges bedeviling Kogi State and the country at large.

“Today’s incident in Isanlu saddens my heart. It is unfortunate that we have lost precious lives. May their souls rest in peace, amen.

“I hereby call on our people to be more security conscious given the state of insecurity in Kogi State characterised by armed robbery, kidnapping, herdsmen attacks and other gravious crimes.

“The governor of Kogi State as the chief security officer must show capacity to protect Kogi people anywhere in the state. Alas! The penchant for grandstanding has robbed the state of purposeful leadership.

“Kogi has never had it so bad. This is the time to put off the boxing gloves, to stop shadow boxing and get off the treadmill in the comfort of his room to serious issues of the state. No one has seen Governor Sanwo-Olu of Lagos or Governor Wike of Rivers on a treadmill making videos and using uncouth languages. They are on the streets of their states working,” Melaye said.

In a related development, a Former Assistant Director-General, (DSS,) Dr. Toyin Akanle, and a former Senatorial Aspirant in the last Kogi West Election has prevailed on security agencies in the state to go after the criminals who participated in the attack.

Dr Akanle made the appeal in a statement on Friday while condoling the family of those who lost loved ones in the unfortunate attack.

He said the incident is a sad episode alien to the people of the area.

Dr Akanle described the incident as unacceptable, dastardly and wickedly, implorig security operatives not to rest on their oars but to apprehend the perpetrators.

The Ex-DSS Assistant DG described the incident as alien to the people of the area who are known for peaceful coexistence, praying Almighty God to grant families of the deceased the fortitude to bear the loss.