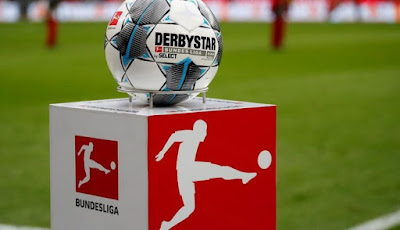 Werder Bremen and Bayer Leverkusen are bracing for their most important games of the Bundesliga season.

This is as relegation looms over the former and a highly lucrative Champions League spot is on the line for the latter in Saturday’s final match day.

Champions Bayern Munich, Borussia Dortmund and RB Leipzig have secured three of the four Champions League spots and Leverkusen would have been in the driving seat for the fourth but for a shock 2-0 defeat at Hertha Berlin on Saturday.

That loss allowed Borussia Moenchengladbach to leapfrog them into fourth on 62 points, two ahead of Leverkusen, who must now beat Mainz 05 on Saturday and hope Gladbach slip up at home against Hertha.


Playing in Europe’s elite club competition had become even more important for clubs given sharp declines in revenues due to the COVID-19 pandemic.

“For Saturday,  there is only one goal and that is to win our home game against Mainz.

“We must be fully alert from the start and hopefully score an early goal and add to that.

“That can put Gladbach under pressure,” added the Germany international.

“The frustration of the Hertha defeat was big, but we must only look ahead now,” Leverkusen’s attacking midfielder Nadiem Amiri said.

Leverkusen also have a German Cup final against Bayern to look forward to on July 4.

The situation was far more critical at four-time German champions Werder, who took  on Cologne with the prospect of their first relegation since 1980 hanging over them.

Werder had spent more time in the Bundesliga than any other club but on Saturday even a win against Cologne might not be enough to knock Fortuna Duesseldorf out of the relegation playoff spot.

To make their task even more difficult, Werder could be without top scorer Milot Rashica after he picked up an ankle injury in Wednesday’s training.