FG constitutes states selection committees for 774,000 jobs Committees to be sworn in on Monday 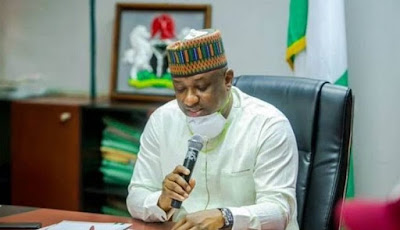 All is now set for the inauguration of the states selection committees for federal government’s special public works programme.The Federal Government will, on Monday, inaugurate the states

According to a statement from the Federal Ministry of Labour and Employment, the committees will be inaugurated on Monday (June 29) in Abuja by the Minister of State, Festus Keyamo (SAN).

The special public works programme was approved by President Muhammadu Buhari as part of the fiscal stimulus measures in response to the COVID-19 pandemic.

A total of 1,000 Nigerians from each of the 774 local government areas will be engaged in the programme implemented by the National Directorate of Employment (NDE).


Olua Davidson, a special adviser to Keyamo, said each of the committees will be made up of 20 members comprising a chairman, vice chairman and NDE state coordinator who will serve as the secretary.

The inauguration would be done by the Hon. Minister of State, Labour and Employment, Mr. Festus Keyamo, SAN in Abuja.

The Committees made up of 20 members each comprise of the following:

4. Three Representatives of Traditional Rulers from the three Senatorial Districts of the State (members)

5. One representative of the State Governor (member)

7. Chairman of Christian Association of Nigeria (CAN) in that State or his representative (member)

8. Chairman of Nigerian Supreme Council for Islamic Affairs in that State or his Representative (member)

9. Chairman of the National Union of Road Transport Workers in that State or his Representative (member)

10. Six representatives from three recognized youth organisations in that State. There would be two each from each of the three Senatorial Districts (one male & one female)- members

11. One Representative from a recognized Civil Society Organisation (CSO) in that State – (member)

However, as a result of the COVID-19 guidelines, the Chairmen, Vice-Chairmen and State Coordinators of National Directorate of Employment would join the inauguration by virtual means from their different locations. They would represent other members of the Committees.

All Chairmen, Vice-Chairmen and State Coordinators of NDE would receive the meeting ID and the password to join virtually.