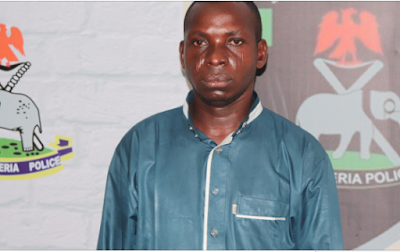 Femi Falana, human rights lawyer, has demanded the arrest and prosecution of soldiers who killed policemen during the arrest of Hamisu Bala, a suspected kidnap kingpin better known as Wadume, in Taraba state.

On August 6, 2019, policemen attached to the intelligence response team of the force, who arrested Wadume were shot dead by soldiers.

Three policemen and two civilians were killed during the incident, while five other police officers were injured.

One of the policemen killed in the incident was Felix Adolije, an assistant superintendent, who was described as one of the best among the team known for handling special crime cases across the country.

Although, a court had directed Tukur Buratai, chief of army staff, to produce for prosecution, the army officers involved in the incident, the order is yet to be complied with.

In a letter addressed to Abubakar Malami, minister of justice, on Monday, Falana demanded the immediate arrest and prosecution of 10 soldiers involved in the killing of the officers.

Falana, who is the counsel to Adolije’s family, said the army has refused to “release the  suspected killer-soldiers to face justice.”

The human rights lawyer said the 16-count charge bordering on terrorism, murder and kidnapping levelled against Wadume reinforces the need to prosecute the soldiers.

He said he would take other actions if Malami refuses to comply with his request.

“The request of the police investigation team to interrogate the 10 soldiers  who were indicted in the killing of the 3 policemen and 2 civilians as well as the kidnap of  members of the public in Taraba State was turned down by the Army Authorities,” the letter read.

“Thus, the trial of the other suspects has not commenced in Charge NO: FHC/ABJ/CR/30/2020: Inspector-General of Police v Hamisu Bala a.k.a. Wadume &19 Ors pending at the Federal High Court sitting in Abuja due to the refusal of the military oligarchy to release the  suspected killer-soldiers to face justice.

“Instead of using your position as the Chief Law Officer of the Federation to ensure compliance with the court order in line with the provisions of section 287 of the Constitution of Nigeria your office took over the case from the police prosecutor, amended the charge and withdrew the case  against the suspects.

“In view of the gravity of the 16-count charge of terrorism, murder and  kidnapping pending in court against the 20 suspects you will agree with us that the withdrawal of the case against the alleged 10 killer-soldiers is not in consonance with section 174 of the Constitution which provides for the take over and withdrawal of pending criminal case “in the public interest, the interest of justice and the need to prevent abuse of legal process.

“Stemming from the foregoing, we hereby request immediate compliance with the valid and subsisting order of the Federal High Court, Abuja Judicial Division by ensuring that the suspects who are at large are produced by the Chief of Army Staff or whoever has their custody  so that they can be arraigned and tried in accordance with the law.”

Meanwhile, the army officers who killed the police officers and allegedly freed Wadume — who was rearrested — were attached to battalion 93, Takum, led by Tijani Balarabe, an army captain.