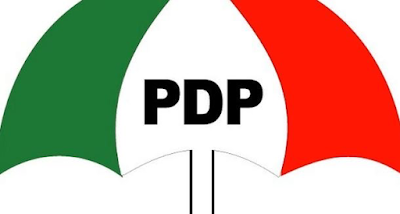 The People’s Democratic Party (PDP) yesterday said the All Progressives Congress (APC) governorship candidate in Edo State, Pastor Osagie Ize-Iyamu, is no match for its aspirants.

It said figures from Monday’s APC primary showed that the party lacked mass support in Edo, compared to the millions in the PDP.

In a statement by its spokesman Kola Ologbondiyan, PDP said: “From all indications, only failure awaits the APC in the September election.

“This is because, going by the figures announced from the direct primary, which the APC conducted to produce Ize-Iyamu, it is clear that the totality of the members of the APC in Edo is far better.


“Moreover, the people of Edo had been openly told by Ize-Iyamu’s godfather, Adams Oshiomhole, that he is not fit to occupy the office of governor for reasons he had also put in public space.

“According to Oshiomhole, Ize-Iyamu is only good for political ‘night meetings’ and not to occupy the highest office in the state, where he will fail.

Speaking during a solidarity visit to the governor, he said: “It is clear that he is doing a great job. I’m proud to associate with him and believe that he has come to a party where there are no restrictions.”

He said he was” stepping behind the man who would lead the party to glory come Sept. 19.”

He said he and his supporters had resolved to work with the governor.