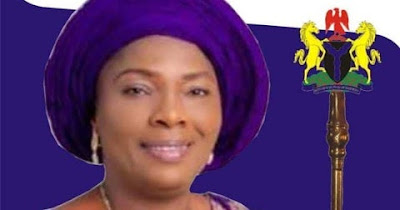 A member of the House of Representatives, Hon. Wunmi Olubunmi Ogunlola on Friday expressed concern over the incessant cases of rape and brutality against the girl child, calling on relevant authorities to apply stiffer penalties against perpetrators of sexual assault and other related offences in the country.

Ogunlola who represents Ekiti West Federal Constituency II, said the perpetrators of the dastardly act should be made to bear the brunt of the law.

Speaking with newsmen in Ado-Ekiti yesterday, the Federal Lawmaker said the upsurge in the incidences of rape in the country all pointed to the for a proactive approach and stringent measures that would serve as a deterrent to the men of the underworld.

Ogunlola further cautioned against the stigmatisation of victims, adding that the negative physical, psychological and emotional effects of rape on girl child might impact them for the rest of their lives with attendant consequences on their self-esteem.


She noted that cases of sexual-related offences should be tackled with seriousness and high sense of commitment, adding that unless timely action is taken against the heinous act, rape cases will continue to soar.

“It’s saddening that the menace of rape is fast gaining traction in the country where there is government. These are very ominous time for our young girls because they now live in trepidation over the fear of being raped.

“The scourge is traumatic and could cause physical, psychological and emotional effects on the victim. Even many at the time, people don’t recover from the effects.

“I think it’s high time our government across levels stood up to rescue the girl child from the hydra-headed menace of rape that has constituted itself a threat to humanity.

While lamenting that in spite of the preponderance of existing laws prohibiting gender-based violence, the country continues to witness more cases of rape and defilement, Ogunlola advocated for life imprisonment for perpetrators of the heinous crime.

“The judicial system is so slow that they don’t really take action on rape issues. And the person would be there for a long year without any judgement, hence, posed a threat to the fight against rape and further encourage the menace”, she said.

Ogunlola, however, called on the federal government to overhaul the country legal system and strengthen the existing criminal and penal code to stem the rising wave of increasing incidences of sexual-based violence.