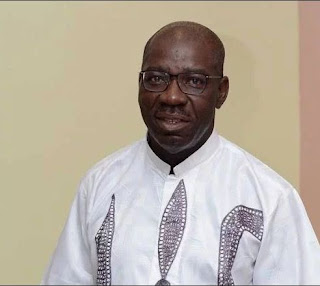 Osaigbovo Iyoha, Special Adviser on Political Matters to Edo State Governor, Godwin Obaseki, said his principal will reveal the platform on which he will contest the September 19 governorship election in the state “very soon”.

Iyoha added that the governor’s supporters have been celebrating since the All Progressives Congress announced his disqualification from the June 22 governorship primary in the state.

He said: “When the landlord of a building and owner of the Certificate of Occupancy says he no longer wants you in his house, what can you do? You have to seek accommodation elsewhere. So, for us, the National Chairman of our party has exercised his powers to the fullest.

“At this time, we are liaising with our people, talking with our leaders and the stakeholders at the party, and very soon, in the next couple of days, we will be able to come up with a decision and we will let Nigerians know.”

When asked whether the governor is leaving the All Progressives Congress for the Peoples Democratic Party, the aide said, “Since this news broke some days ago, it’s not as if we didn’t expect this – the governor mentioned it that he knew the process was already hijacked immediately the committee that was supposed to screen the certificates started asking questions about how he is supposed to run the state, he knew that the process was already hijacked.

“So, time will tell. I don’t think we should be in a hurry. We saw the governor today. He is visiting his colleagues and in a day or two, we will know where we are headed but it is very obvious that the National Chairman has already, with his agenda, pushed the governor out of the party and can no longer contest under the platform of the APC.

“Our people, members of the APC were agitated two days ago when the news broke. But as at yesterday, they were celebrating and everybody is shouting freedom. Edo has a very large diaspora community and our people have been calling to say the governor must contest and we are working for the people and not the politicians.”