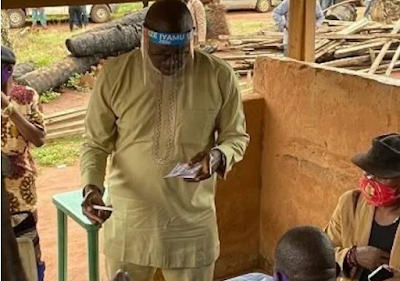 The Presidency has congratulated Pastor Osagie Ize-Iyamu over his emergence as flagbearer of the All Progressives Congress(APC) for the Edo Governorship election slated for September 19.

Ize-Iyamu won the direct primary conducted by the party across various wards in the state with a huge margin.

In a congratulatory message, a Senior Technical Assistant on Media to President Muhammadu Buhari, Louis Odion, described Ize-Iyamu’s victory as a demonstration of his capacity to unite the APC in Edo behind a common purpose and expressed confidence of victory at the polls in September.


“With his victory, Pastor Osagie Ize-Iyamu has demonstrated a capacity to unite APC in Edo behind a common purpose. Doubtless, he will lead APC to victory in the governorship polls on September 19,” he said.