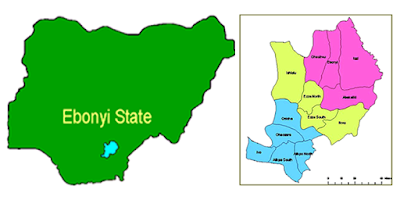 The people of Edda community in Afikpo Local Government Area of Ebonyi, has urged the Inspector General of Police (IGP) Mr Mohammed Adamu to come to their rescue over alleged murder cases, torture and rape of their people.

The call was made through a Save Our Souls (SOS) letter by Edda Intervention and Rescue Initiative, a group pressing for the rights of people of Edda clan, and submitted to the IGP in Abuja.

Coordinator of the group, Chief Abia Onyeike, told the News Agency of Nigeria on Sunday in Abuja that, in the letter dated May 20, about 22 cases of murder, torture, assault, rape and other crimes were allegedly visited on the people.

Onyeike, a former Commissioner for Information in Ebonyi,  complained in the letter that the incidents had been happening since 2007 with some of them reported to the police but no action taken.

He gave an instance with a development that occurred in Owutu Edda between May 2 and May 6 when three incidents of murder by alleged cult groups were linked to politicians.

The former commissioner noted that another incident occurred on May 10, at Ogwuma Edda where 20-year-old Oji Sunday recounted how he was almost buried alive.

Onyeike also recalled how another young man of 19, Chidi Oji was also gunned down and his body taken away by the alleged killers on March 27, at Nguzu, Edda.

“Our complaint is about the death of four persons between March 27 and May 6, and not a single arrest has been made.

“Even when arrests are made, the accused persons who walk free are left out while people unconnected with the incident are apprehended and later released to send the impression that something was done.

“Gov. Dave Umahi had addressed the state and called on the police and the DSS to do their work at the last killings, not a single person has been arrested.

“Almost all these incidents have been linked to members of a group called ‘Morekanbedone’ which is said to be a terror group serving the interest of a particular politician in Edda.

“And some of the incidents not linked to them are still politically motivated and we want answers to all these if there is still law and order in Nigeria, Ebonyi and Edda,” Onyeike said.

According to him, the people now live in fear and intimidation and therefore appeals with the IGP for rescue.

“We have written the IGP, the DG of the Department of State Security (DSS), the Senate President, Speaker of the House of Representatives and the Executive Secretary of the National Human Rights Commission.

“We have also written to the Chief of Army Staff because we can’t bear the terror any more, otherwise we will all be dead.

“Edda cries to these agencies to know if their rights have been subsumed under those of the ‘Morkanbedone’ members rights to kill and not be punished.

“As helpless people who had already ceded their rights to self-protect to the state, we seek immediate and sufficient protection of the state before all of us are murdered and gone.

“We want the allegations proven and justice served because the silence of the past is what made their instrumentality of carnage so potent. There should be a stop now,” he added.

When contacted, Force Public Relations Officer, Deputy Commissioner of Police (DCP) Frank Mbah, told NAN that he was not aware of the letter.

He assured to get back to NAN when the information on the development got to his table.