Donald Trump yet to fulfill promise on ventilators - Nigerian govt 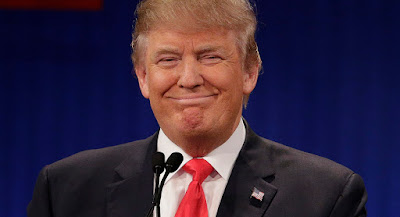 Federal Government says it is still expecting President of the United States, Donald Trump, to fulfill his promise of giving ventilators to Nigeria.

The Presidential Taskforce on COVID-19 said it told the US Embassy that the equipment were still needed in the fight against the pandemic.


Chairman of the PTF and Secretary to the Government of the Federation, Mr Boss Mustapha, made this know when the taskforce appeared before the House of Representatives Committee on Public Accounts in Abuja on Monday.

The President,Muhammadu Buhari, had on April 28, 2020, quoted the US President as promising to supply ventilators to Nigeria.

On Monday, Mustapha told the House committee that the ventilators had not been delivered to Nigeria.

The SGF said, “Most of the donations from the EU and other donor partners are not coming in form of cash; they came in form of equipment such as consumables. Even when President Trump spoke to our President, he promised to provide ventilators. We are waiting for the ventilators.

“I have had discussion with the American Ambassador, who wanted to confirm whether we need the ventilators and I told her that we need them, and that even if we don’t have use for them now, we need them in our hospitals for the future.”

The PTF Chairman also admitted that the Federal Government had yet to pay hazard allowances to frontline health workers, blaming it on the long negotiations among the stakeholders.

Mustapha, while responding to the committee’s proposal to vire the N22bn considered idle in the operations account of the taskforce, stated that the fund was not enough to fight the pandemic.