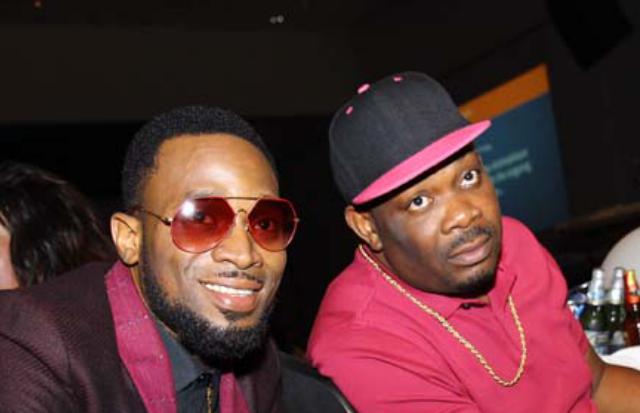 Mavin Records boss, Michael Ajereh, better known as Don Jazzy, has given his opinion on the rape accusation against his former business partner, Oladapo Oyebanj aka D’banj.

A lady identified as Seyitan had accused D’banj of raping her at Glee hotel in Victoria Island, Lagos, in 2018.


Recounting the incident via her twitter handle, @seyitannn_, she said that he raped her in her room. She ended her tweets by demanding an apology.

However, D’banj went silent on the matter until June 16 a week after his 40th birthday celebration.

The singer, through his lawyers, Mike Ozekhome, demanded that Seyitan pays the sum of N100m within 48 hours or risk legal action.

However, incidents took a different turn barely 48 hours after the Nigerian singer’s action.

BBC Investigative Journalist, Kiki Mordi, took to Twitter to allege that Seyitan was arrested and pressured to retract her rape statement – a claim Seyitan said was untrue.

She said: “I don’t know where all these rumors are coming from. I and my mom were not and have not been arrested.”

Seyitan also added that she is moving on from the drama surrounding the rape allegations.

“I’m done with all these back and forth drama…Frank took me to the party and gave me the key to the room. I’m moving on and leaving everything behind me. Thanks and God bless,” she tweeted.

Reacting on Thursday, Don Jazzy condemned rape and also urged the public to give those who get accused of rape a chance to prove their innocence before the law.

No matter how long a lie lasts, the truth will always prevail. The fact is that one of them is a victim and the law will protect that person. I stand firmly against rape and all injustices against women, children and everyone including oppression. I urge all victims to speak out
— ITS DONJAZZY AGAIN😉 (@DONJAZZY) June 18, 2020


and report to the appropriate quarters. It is also important that every accused person is given an opportunity to set the facts straight. For most of us, all we have is the good name our parents have given us and we must protect and bequeath to our own successors.
— ITS DONJAZZY AGAIN😉 (@DONJAZZY) June 18, 2020


This particular case saddens my soul but I am not competent to investigate or judge this matter. I implore the police to thoroughly investigate and courts to do justice.
— ITS DONJAZZY AGAIN😉 (@DONJAZZY) June 18, 2020