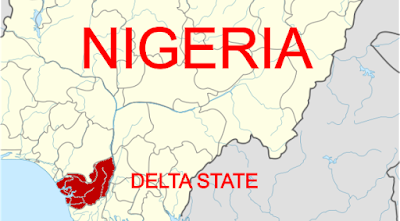 The number of personnel at the frontline of the fight against COVID-19 in Delta State has depleted following the sudden death of some taskforce members in the past few weeks.

According to reports, no fewer than 20 persons, mostly ad-hoc personnel in the fight against COVID-19 have allegedly died after brief illnesses.

There are insinuations that they may have died as a result of the ravaging global disease.

A report published in The Sun newspapers claimed that details of the demise were being kept away from the public to avoid tension and panic.


The list, according to the report did not include high profile government officials in the state.

The two top officials who hail from Governor Ifeanyi Okowa’s Ika constituency, are now in an isolation centre for treatment.

Chief Press Secretary to Governor Okowa, Olisa Ifeajika, who confirmed the COVID-19 positive status of his fellow appointees, said the officials were responding positively to treatment.

Meanwhile, the state government has taken steps to curtail further spread of the disease among top officials by shutting down some office complexes.

The affected offices include that of the SSG, off Cabinet Road; the Ministry of Information complex along Summit Road; and the Permanent Secretary (Government House) complex with the Government House, Asaba.

The development, it was learnt, was to enable officials fumigate the offices.