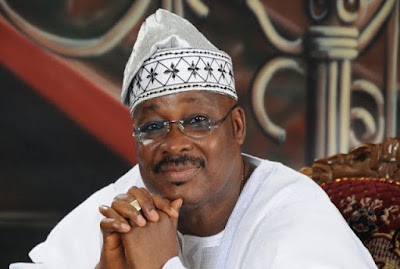 Former Governor of Oyo State governor, Isiaka Abiola Ajimobi, is said to be in a coma.

Although there have been several denials by Ajimobi’s media aide, the former Oyo governor was reportedly moved to a First Cardiologist, a Covid-19 Intensive Care Unit (ICU) in Lagos after he was diagnosed of the dreaded coronavirus pandemic about 17 days ago, sources said, slipped into unconsciousness on June 8 while doctors have since been battling to revive him.

First Cardiologist was the hospital where the former chief of staff to President Buhari, Mallam Abba Kyari and the late Lagos senator, Bayo Osinowo, was treated of coronavirus before they died.

In a recent report published by Global Excellence, where the medium claimed it spoke with inside sources, the former governor’s health was said to have deteriorated after he suffered cardiac arrest the first time and was placed on a ventilator at the Intensive Care Unit (ICU). immediately, doctors attending to him were said to have recommended a particular drug for his treatment.


“But the drug could not be found in Nigeria, according to sources; hence, a private jet was reportedly deployed to purchase the drug in London.

“Still, sources added, Senator Ajimobi’s condition would not improve and he had to be put on the second ventilator with the hope that he recovers. “Although, he is alive, he has been in coma since he was placed in the second ICU,” the source divulged.”

Former Governor Ajimobi, who is the deputy national chairman of the ruling All Progressive Congress (APC), is said to be a diabetic patient, and coronavirus a challenge for people with diabetes. He suddenly took ill in Abuja late May 2020 allegedly after attending one of the political meetings with his party chieftains.