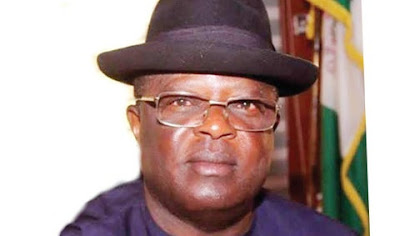 Some officials of the Ebonyi State Government have tested positive to coronavirus.

This was as the number of infections recorded in the state rose to 75 out of the over 3,000  sample tests conducted.

In a statement signed by the Commissioner for Information and State Orientation, Uchenna Orji, the government said 26 COVID-19 patients have been treated and discharged, while 49 cases were still receiving treatment and were in stable condition.

Orji, who hinted that some members of the State Executive Council had contracted the virus, said they were currently receiving treatment and were in stable condition.


The commissioner said in order to ensure contact tracing, the state government directed that all government offices be shut for one week effective Thursday.

“All civil servants shall work from their respective homes within this period but shall leave their phones open to respond to official imperatives.

“In view of this development, the state governor appeals to all sons and daughters of  Ebonyi State who are living outside the shores of the state to avoid the risk of returning to the state, as records have shown that the positive cases hitherto recorded in the state were those who returned from the epicentre states,” the statement read.

Orji added that the state government directed that all government offices be decontaminated forthwith, including the new and old  Government House complexes.

“All exco members and government officials, especially of the Ministries of Finance and Budget, are advised to undergo  COVID-19 test within this seven days period.

“The governor further advises that during this period of the closedown of government offices, all workers, especially from the two ministries aforementioned, should go into self-isolation,” the statement added.