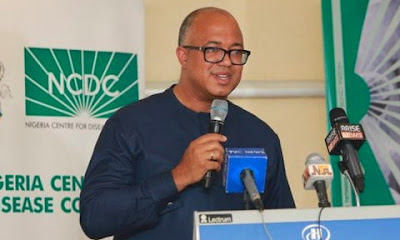 Amid the spike in the number of COVID-19 cases in the country in recent times, no fewer than 88 persons have been killed within the last seven days.

On Friday, June 12, there were 12 deaths recorded in five states, which pushed the total deaths to 399, while 627 new cases were recorded.

On June 13, eight deaths recorded in five states pushed the total deaths to 407, while the number of cases rose by 501.


On June 14, there were 13 deaths recorded in five states, pushing the total deaths to 420, while 403 new cases were recorded.

On June 15, four persons died in three states, pushing the total deaths to 424, while the number of fresh cases rose by 573.

On June 18, six persons died in six states, with one death in each of Gombe, Kwara, Lagos, Niger, Ogun and Ondo states. This made the total deaths to rise to 475 while 745 new cases, the highest so far, were recorded in 21 states.

The government had explained that the increase in the number of cases was due to increased testing capacity and because coronavirus in Nigeria had entered community transmission stage.

Meanwhile,  the Ebonyi State Governor David Umahi has ordered the immediate shutdown of courts in the state.

Umahi said the courts should remain closed for the next 10 days, saying the move would enable workers in the judiciary sector in the state, to fumigate their buildings and environs.

This is just as a former Chief Medical Director in the state died of the COVID-19 virus on Thursday.