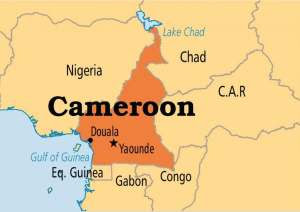 Cameroon’s schools and universities reopened on Monday as the government was criticised over weak measures to combat the spread of coronavirus in one of the worst-affected countries in sub-Saharan Africa.

The government suspended classes in mid-March for universities and schools at all grade levels, both public and private.

Cameroon was the first central African country to register a case of the COVID-19.

Braving the rain with masks on their faces, final-year students returned to school in the capital Yaounde.


There were fewer students assigned to each classroom in order to respect social distancing measures, and buckets of water were placed in the entrances and classrooms to encourage hand-washing.

In primary and secondary schools, only students taking exams this year will return to classes, while all university students will be welcomed back.

Prime Minister Joseph Dion Ngute confirmed the resumption of classes despite the reservations of several teachers’ unions and the concerns of parents widely shared on social media.

In the press, the unions said that the health security conditions had not been met.

Cases of COVID-19 are still on the rise in Cameroon, which has recorded more than 6,100 infections and 197 deaths.

Government measures taken nearly two weeks after the first case was detected on March 5 — including the suspension of classes — were considered late in comparison with many other African countries.

Containment measures for the country of more than 25 million people were also criticised by the opposition and as being too relaxed.

No lockdown was ever imposed and bars, nightclubs, and restaurants were only forced to close after 6 pm. They were allowed to reopen in the evenings at the end of April.