Buhari’s government the most sincere Nigeria has ever had -Ehanire 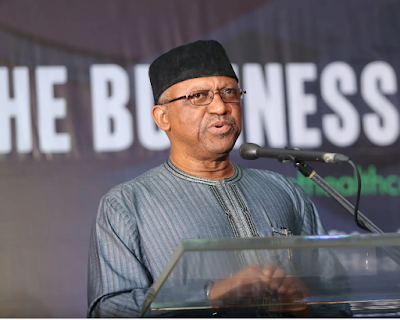 Osagie Ehanire, minister of health, says the administration of President Muhammadu Buhari is the most sincere and serious government the country has ever had.

Speaking during a programme on Channels Television on Friday, the minister said the president will fulfill his promises to the health workers on strike.

He asked resident doctors in the country to end their strike because the government is sympathetic to their plight.

“We have made it clear to them that this government is the most sincere and serious government this country has ever had. His word is his bond,” Ehanire said.

“This government has a record of being sympathetic to people, of meeting its obligations and keeping to its promises.

“This government does things differently. This is a government that says its word and keeps to its words. We would not do anything to hurt you. We work in your interest.

“We are going through a very difficult time with other countries and this is quite clearly not the time to add more to our problems by deciding to go on strike.

“I am worried that we are probably the first and only country where doctors have decided to go on strike.”

Resident doctors embarked on a nationwide strike on Monday after the expiration of the 14-day ultimatum they issued to the federal government.

A meeting between the federal government and members of the National Association of Resident Doctors (NARD) ended in a deadlock on Tuesday.

Ehanire had threatened that doctors absent from duty would lose their jobs and he asked for the opening of attendance registers in health institutions across the country.