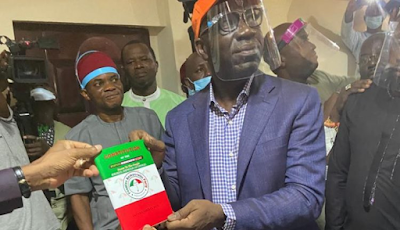 The Court took the decision after parties to the suit agreed out-of-court settlement and withdrew the matter which was before Justice E. O Obile.

Counsel for the plaintiff in the matter had earlier sought for leave of the court to settle with the defendants, which counsels for the defendants did not object.

The court took a recess in the morning to allow parties in the suit amicably settle their contentions out of court.


But the court upon resuming on the matter in the afternoon, struck out the suit after the plaintiff’s lead counsel, D. C. Denwigwe (SAN), withdrew the suit on the grounds that all parties had settled amicably.

Justice Obile commended the parties for settling out of court, adding that it was the proper thing to do.