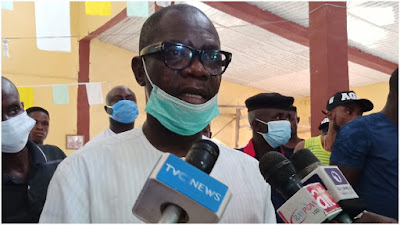 Early hours of Tuesday, Governor Akeredolu sacked the Special Assistant on New Media to the embattled Deputy Governor, Allen Sowore, and later sacked his Chief Press Secretary, Babatope Okeowo alongside his five other aides, and his wife.

The aides of the Deputy Governor were sacked two days after their boss dumped the ruling, All Progressives Congress, APC for the Peoples Democratic Party, PDP.

In a phone call with the embattled Chief Press Secretary, Okeowo affirmed that the deputy governor had reappointed all the aides sacked the State Governor.


“ Yes, it is true that the governor announced our sack, but there is no cause for alarm, as we have been reabsorbed by the Deputy Governor”.

Recall that on Sunday, Ajayi quit the APC, following protracted friction between him and the governor, and subsequently picked the membership card of the PDP.