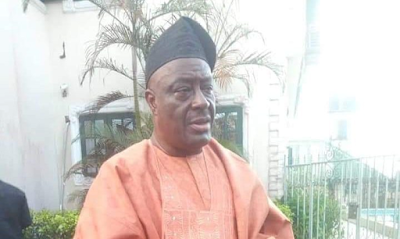 Joyce Overah, a former Commissioner for Local Government and Chieftaincy Affairs in Delta State, appointed by the Governor Ifeanyi Okowa’s administration, is dead.

Eugene Inoaghan, the Chairman of Sapele Local Government Council confirmed the death of Overah on Tuesday.

While the cause of the death is yet to be ascertained at the time of filing this report, Inoaghan described the death of the former Local Government and Chieftaincy Affairs Commissioner as shocking.

Until his death, Overah was the Commissioner appointed by Governor Okowa to represent Sapele, Ethiope West and Okpe Local Government Areas in the board of the Delta State Oil Producing Area Development Commission (DESOPADEC).


Overah, who was also a former Commissioner for Science and Technology under the Okowa’s administration, was also a former member of the House of Representatives, who represented Okpe, Sapele, and Uvwie federal constituency.

Inoaghan said Overah would be missed by the People’s Democratic Party (PDP) in Delta.