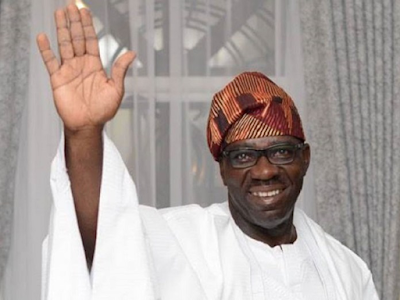 The confusion in the All Progressives Congress (APC) continues as the Acting National Chairman of the ruling party, Victor Giadom has cancelled the screening exercise that disqualified Edo State Governor Godwin Obaseki.

Giadom in his maiden media conference announced the cancellation of the screening of the party’s governorship aspirants in Edo State. He asked all affected persons to return to the party’s National Secretariat for a fresh screening exercise on Wednesday and Thursday.


According to Giadom, Oshiomhole should not have midwived the process of the governorship primaries since he had a case in court.