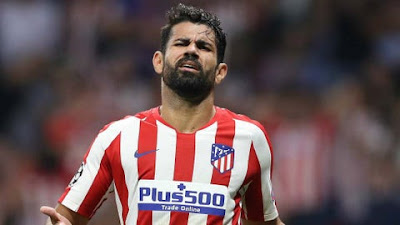 Former Chelsea striker Diego Costa has been sentenced to six months in prison for tax fraud in Spain – but the Atletico Madrid ace will pay €36,000 fine to avoid any jail time.

The tax agency denounced Costa for defrauding the authorities regarding €1m (£890,000) in image rights.

The Spanish treasury added another fiscal crime to Costa before withdrawing and halving the fine.

Costa is said to have asked Atletico to pay the fee, which they refused. However, they did give the striker an advance on his wages, meaning he could pay the fine in full.

Costa was called to testify in June last year, acknowledging the charges put against him.

The 31-year-old was spotted arriving in court today for a short period of time, donning a protective face mask.

An Atletico spokesman said on Wednesday: “Diego Costa reached an agreement a few months ago with the prosecutor and has already paid the corresponding fine plus interest and the request for a prison sentence was withdrawn.’

“This week it is expected that agreement will be ratified in court, as is mandatory.”