APC crisis: My life in danger, thugs coming from Port Harcourt to burn down national secretariat – Eta cries out 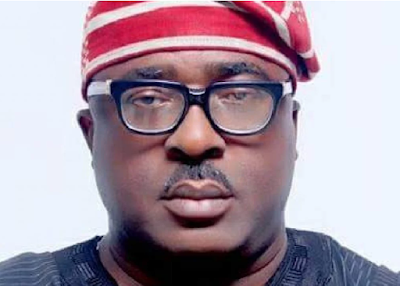 Acting National Chairman of the All Progressives Congress (APC), Hilliard Eta, has cried out that his life is under threat.

Eta, the APC Vice National Chairman (South-South), was appointed by the National Working Committee, NWC, of the party, to act on behalf of Abiola Ajimobi, who is currently ill.

Eta told journalists in Abuja on Wednesday that he has been notified that political thugs were entering the Federal Capital Territory from Port Harcourt to set the APC national secretariat ablaze.

“We got information that they are going to send thugs from Port Harcourt. They are coming here to burn the Secretariat and make it look like the National Working Committee instigate a fire incident so that the Secretariat will be burnt down and then, they will give the impression that it is the NWC that is burning down the Secretariat because they don’t want Victor Giadom to come in,” Eta said.

He added that, “They have two intentions, that is number one. Number two is that they are going to make an attempt on my life. I just thought that I should let the press know this.”

Eta said he was on his way to report the matter to the police.

Recall that the former Deputy National Secretary of the All Progressives Congress, APC, Chief Victor Giadom on Wednesday summoned a meeting of the National Executive Council of the party, for tomorrow (Thursday).

According to the Rivers-born politician, President Muhammadu Buhari was aware of the visual NEC meeting.

Reacting, Eta, had declared that Giadom is no longer a member of the ruling party, adding that Giadom’s NEC meeting is unconstitutional.