Another round of recession looms in Nigeria. 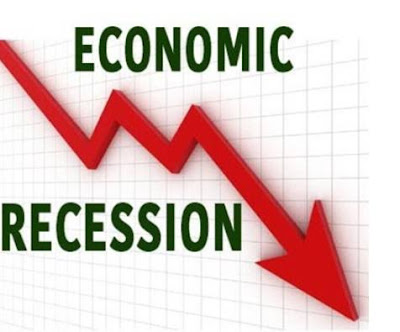 With revelations made on Monday before the Senate by heads of the revenue generating agencies led by the Minister of Finance, Budget and National Planning, Mrs Zainab Ahmed, strong indications have emerged that another round of recession looms in the Country.

This reared its head with presentation that with the nation’s economy and with deficit financing of revised N10 .509 trillion 2020 budget rising from N1.847 trillion to N4.563trillion.

The meeting was on the revised 2020-2022 Medium Term Expenditure Framework (MTEF) and Fiscal Strategy Paper (FSP), just as in their separate presentations made, it was revealed that earlier targeted revenues from all the relevant agencies have been drastically slashed in the new proposals.

Minister of Finance, Zainab Ahmed in her response to a question on the likelihood of recession said: “Very clearly the Gross Domestic Product (GDP) has been reduced because of the economic crisis that we found ourselves in, but Nigeria is not alone in this.

“The global economy is predicted to be also slipping into recession. What we are hoping to do by our own collective efforts – the executive and the National Assembly – is that we minimize how far we go into recession.

“National Bureau of Statistics (NBS), has made an assessment that we will go into recession to the level of 4%.

“So some of the work that the executive is doing is preparing a stimulus package as remedy, so that if it happens maybe we are going into 0.5% or 1% not going much lower.

“That is our unfortunate reality and the reality of the global economy”.

In his remarks, Chairman Finance Committee, Senator Adeola who noted that some of the new proposals may not be adopted as requested, said : “Having listened with rapt attention to all presentations   made by the Minister  for Budget and National Planning and the questions  asked  regarding the  MTEF and FSP, I  believed that members of the Committee  are satisfied  with reasons being offered by the minister on why we have to go this direction at this point in time.

“But Honourable Minister, we are still waiting for that Economic Stimulus grand document by the committee headed by the Vice-President of the Federal Republic of Nigeria, because what that documents intend to do is to keep the economy going aftermath of COVID-19.

“Secondly all related documents which we have requested as a committee ranging from the special accounts, to the deficit document as explained by the DG budget office, it is expected that the documents get to us in no distant future.

“For the FIRS, yes, there is a proposal that about one hundred and something billion should be removed from your budget of N1.8 trillion under the company income tax, but I am happy to announce to you that we are not going to reduce it and that it is expected that you bring in the money.”