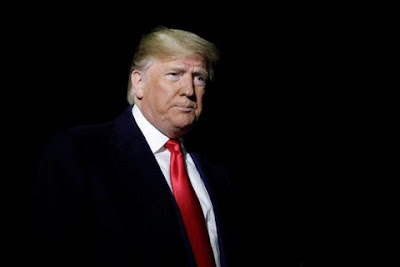 Donald Trump said Wednesday that US police have “not been treated fairly” and appeared to defend a white officer charged with the murder of a black man.

Atlanta police officer Garrett Rolfe was charged with murder Wednesday for shooting African American Rayshard Brooks in the back, and aggravated the case by kicking the 27-year-old as he lay on the ground bleeding.

The death of Brooks came less than three weeks after George Floyd died while being pinned down by Minneapolis police officers, fuelling a national uproar and anti-police brutality protests across the country.

“I thought it was a terrible situation, but you can’t resist a police officer,” Trump said of Brooks’ death in an interview with Fox News host Sean Hannity.


“I hope he gets a fair shake because police have not been treated fairly in our country.

“But, again, you can’t resist a police officer like that. And they ended up in a very terrible disagreement and look at the way it ended. Very bad. Very bad.”

Trump also mentioned Floyd, saying he had been unable to watch the nearly nine-minute clip of Floyd’s death.

“Who could watch that?” he said.

On Tuesday Trump issued an order to improve policing – calling for a ban on dangerous chokeholds – but he has stopped well short of demands made at nationwide protests against racism and police brutality.

Critics, including the Democrat speaker of the House of Representatives, Nancy Pelosi, have derided his efforts.

“The president’s weak executive order falls sadly and seriously short of what is required to combat the epidemic of racial injustice and police brutality,” she said in a statement this week.