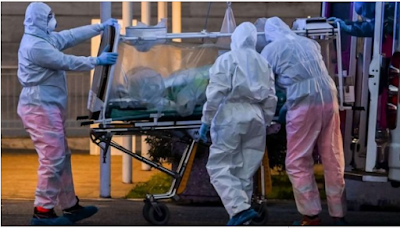 After close to one week without any COVID-19 infection, Akwa Ibom has recorded its highest daily toll with 17 new cases on Friday.

This is the second time in June that the state has confirmed new cases; before the update for June 19, the last time the state confirmed new COVID-19 cases was June 13 with three new cases, and the state’s total number of confirmed cases at the time was 48.

Before the confirmed infections on Friday, the state had only six active cases, with 40 patients discharged, while two persons had died of COVID-19 complications.

The state confirmed its first five cases on April 1, 2020.

This was announced by the Nigeria Centre for Disease Control (NCDC) on Friday night.

However, within the same period, 274 patients have been discharged across the country, out of which 98 recoveries were recorded in Lagos.

The total number of confirmed cases has also surpassed 19,000, compared to 18,480 cases confirmed as of Thursday.

Twelve new deaths were recorded, increasing the number of fatalities from 475 to 487.

A total of 19,147 confirmed cases have now been recorded in 35 states and the federal capital territory.