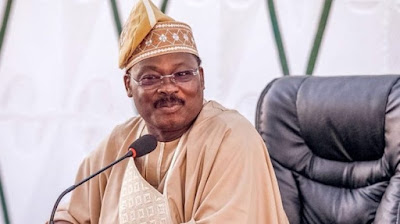 This was confirmed by one of his aides who pleaded anonymity.

Ajimobi was rumoured to be battling with COVID-19 and had slipped into a coma.

However, when asked, the source said “Coma? I don’t think so. He was very sick, but he is better now”.


On Tuesday night, Ajimobi was named the Acting National Chairman of the All Progressives Congress (APC).

This follows the suspension of Adams Oshiomhole by an Appeal Court.

In a statement, the party’s National Publicity Secretary, Lanre Issa-Onilu, noted the decision was guided by the legal department.

However, APC’s Deputy National Secretary, Chief Victor Giadom, has insisted he is the right candidate to fill in the role.