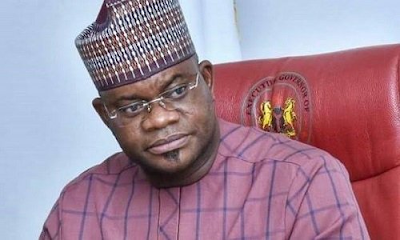 The Kogi State government has again denied the existence of any Coronavirus disease recorded for the state as announced by the National Centre for Disease Control, NCDC, at its Thursday nationwide update.


Others include Benue four, Ogun two, while Osun, Plateau, Kogi and Anambra had one each.

However, in a Facebook post by the Kogi State Commissioner for Health, Dr Saka Haruna, said that the ministry and indeed the state government remain unaware of any such case, just has it denied knowledge of the first index case and another. He described the new figure credited to the state as mere assumption.

“The purported New Case: We are not aware of who the patient is, where and when the Test was conducted,” he wrote.

There has been a running battle and open mistrust between the Kogi State government and the NCDC over what the government described as opaqueness in the management of the Covid-19 pandemic in the country.

It accused the NCDC of commercialising the pandemic, a venture Governor Yahaya Bello said that would ‘not to be a part of.’