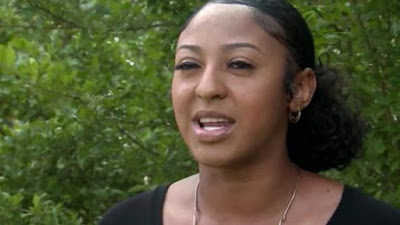 A U.S. reference dictionary, Merriam-Webster, will update the meaning of the word “racism” after being contacted by a Missouri African-American woman.

Kennedy Mitchum, a recent law graduate of Drake University, Iowa, wrote the dictionary to complain the current definition fell short of including the systematic oppression of people of colour.

She was surprised when the dictionary editors agreed with her.

“A revision to the entry for racism is now being drafted to be added to the dictionary soon, and we are also planning to revise the entries of other words that are related to racism or have racial connotations,” a spokesman for the 189-year-old dictionary replied.

The statement was shared by Mitchum on her Facebook.

“I kept having to tell them that definition is not representative of what is actually happening in the world,” Mitchum told CNN.

“The way that racism occurs in real life is not just prejudice, it’s the systemic racism that is happening for a lot of black Americans.”

Merriam-Webster’s first definition of racism is “a belief that race is the primary determinant of human traits and capacities and that racial differences produce an inherent superiority of a particular race.”

“It’s not just disliking someone because of their race,” Mitchum wrote in a Facebook post on Friday.

“This current fight we are in is evidence of that, lives are at stake because of the systems of oppression that go hand-in-hand with racism.”

She said it all started when people would argue with her about the definition of racism and she realized the problem was in the pages of Merriam Webster’s dictionary.

“With everything going on, I think it’s important everyone is on the same page,” said Mitchum. 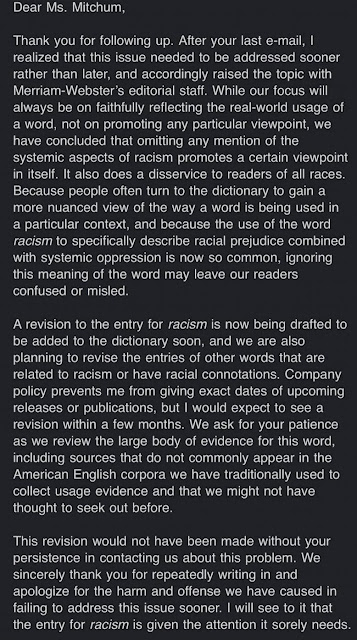