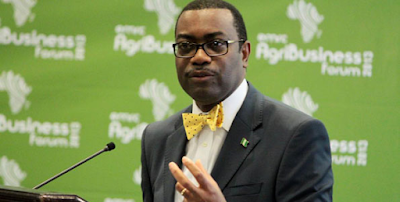 The Bureau of the Board of Governors of the African Development Bank rules an Independent Investigation is not required and stands by the decision of the Ethics Committee in favor of Adesina.

Instead an independent reviewer will take a look at process by which the Ethics Committee reached its determination on Adesina’s behalf.

The Bank’s Whistleblowers in contravention of bank rules, regulations and laws provided not a single piece of evidence compared to 250 pages of official supporting documentation by Adesina.

The Bureau of Board of Governors upheld the conclusions of the decision in Adesina’s favor.


An Independent reviewer will now take a dispassionate look at the process by which the Ethics Committee of the Board and the Bureau Bureau the Board of Governors came to its rulings.

The latter part of the communique now calls for a review of the Whistleblower policy to ensure that something like this never happens again.

Following the allegations of unethical conducts, questionable appointments and contract awards by a group of whistleblowers and the subsequent clearance of all charges by the bank’s ethics committee, the United States Government, who is the largest shareholder outside Africa, asked for an independent probe of those allegations.

The US treasury secretary questioned the integrity of the committee’s process as well as the internal processes of the bank.

Adesina, a few days ago, met with President Muhammadu Buhari, where he was assured of the country’s support towards his travails and his second term bid for the Presidency of the multilateral institution.