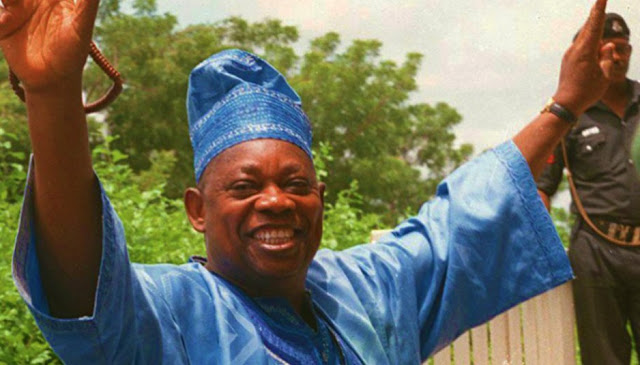 The Head of Abiola family in Abeokuta, Ogun State, Chief Olanrewaju Abiola, has called on the President Muhammadu Buhari, to actualise the mandate that Nigerians gave to the late Chief Moshood Abiola on June 12, 1993, by conferring an official status of an ex-President of the country on him.

Olanrewaju also asked that all the entitlements that should have accrued to his late brother from 1993 to date should be paid to the family.

He made the demand at the family house in Abeokuta on Friday, advising Buhari to liaise with the National Assembly to debate the issue and subsequently pass it into law.

He said recognising the late breadwinner of the family as an ex-president had become necessary for Nigerian leaders to govern in peace.

He said, “The spirit of MKO is still hovering around Aso Rock and will not rest until his mandate is actualised.

“Let the members of the National Assembly debate it and pass it into law.

“Moshood was the breadwinner of the family and since his death, the family members have been suffering.”