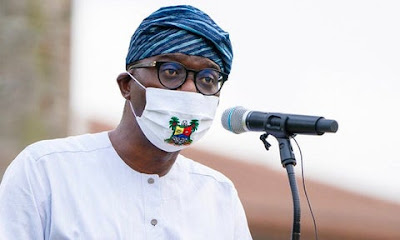 In light of the disruptions and hardship caused by the coronavirus pandemic in the business environment, Lagos State Governor, Mr Babajide Sanwo-Olu, hinted that the state would help big companies operating in the state to prevent job loss.

He added that the state was also considering giving grants to some Micro, Small, and Medium Enterprises in the state given the impact of COVID-19 on their activities.

Speaking as a panelist at a webinar hosted by FSDH Merchant Bank on Friday, the governor noted that the government was already compiling the data of the MSMEs to see how they could be assisted.

The webinar, titled, ‘A global pandemic: local realities and peculiarities – a view from the frontlines’, was anchored by the Chairman, FSDH Holding Company, Mr Hakeem Belo-Osagie, and the bank’s Managing Director, Mrs Hamda Ambah.


The governor said, “Lagos State has a lot of MSMEs and we realise that the sector has been extensively affected. Some of them employ three to five persons each and a lot of them need some sort of support. Part of the things we are planning to do under the Register-to-Open is to see how we can come in.

“We are compiling data and we are trying to see what kind of support we can give them. We have asked the ones currently with the Lagos State Employment Trust Fund (portal) not to pay the interest on their (credit) facilities with the state government. We have suspended the payment of interest.

“We want to see if we can do some grant for some of them over the next two to three months so that we can cushion the effect it has on their business. That is on one part.

“The other part is that we are asking the big companies the requirements they want from the state government, to ensure that they do not retrench their staff members. That, for us, is also important.

“They are mainly affected given that they have had to slow down their production lines. We want to ensure that they are not retrenching or shutting down their facilities. So, they have given us a list of the kind of things they want us to do for them and such things would affect our Internally Generated Revenue but we are willing to bend backwards for them and see how we can collaborate.”

Speaking on the gradual opening of the economy, Sanwo-Olu said construction industry and heavy manufacturing companies with huge staff strength would be the first areas that would need to open up.

He added that the hospitality industry, aviation industry and public transportation had been sending bills to seek government’s support and that they would follow in the second line of intervention.