We were neither treated, nor tested says Covid-19 patients discharged in Niger 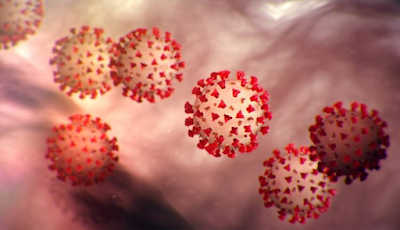 COVID-19 patients in the Minna Isolation centre have alleged they were neither treated nor tested before being discharged.

They said they were only told to go home days after they stayed in the centre where they also alleged they were dehumanised and neglected.

They told reporters the centre was overcrowded and some of them were made to sleep on the floor due to insufficient beddings.

They spoke contrary to claim by the State Taskforce on COVID19 that the isolation centre is adequate to accommodate a large number of patients and well-equipped.


On May 12, Niger disclosed it had 95 in its isolation centres, including seven Almajirais brought from Kaduna State.

They complained of lack of food, electricity and attention.

But Commissioner of Health, Dr Muhammad Maikusidi said the video was fake and meant to tarnish the good works of the government.

However, on Sunday, some of the patients who spoke to newsmen after they were discharged, claimed all through their stay at the isolation centre, not even a paracetamol was administered on them.

The patients stated that despite tested positive for COVID-19, they were not re-tested but only told that they were negative and should return home.

One of the discharged patients, who was picked up from Zumba in Shiroro local government, said he was expecting to be treated and given drugs throughout his stay at the isolation centre but none was administered to him.

“I expected that I will undergo some treatment, but apart from food, nothing was given to me in the form of treatment. They did not give me a single drug.

“They only give us food every day that is all. No single drug, not even paracetamol was given to me throughout the 14 days,” he said.

He further disclosed his mother and other relations, who were also picked up and quarantined with him, were also treated shabbily.

He stated after their discharge, they were not provided with transportation and told to find their way.

“They just came and asked us to go. They did not tell us how we would move neither did they consider that we may not have any money to transport us home.

“We trekked from the isolation centre at the back of the police secondary school to the main road.

“From there, we trekked to Dutsen Kuran Gwari before someone assisted us to Sabon Gari junction.

“It was at Sabon Gari that a commercial vehicle carried us to Zumba before we borrowed money from our people to pay the driver,” he lamented.

The Nation tried to contact the State TaskForce Chairman on COVID-19, who is also the Secretary to the State government, Alhaji Ahmed Matene and the Commissioner of Health.

None of them picked their calls or answered text messages sent to them.

As at the time of filing this report, none of the members of the State Task Force on COVID-19 had replied to their calls or messages.

Niger has 26 confirmed COVID-19 cases, with 18 patients on admission.

Five have been discharged and one deceased.

The others are unaccounted for as the State Government claimed they absconded and are at large.