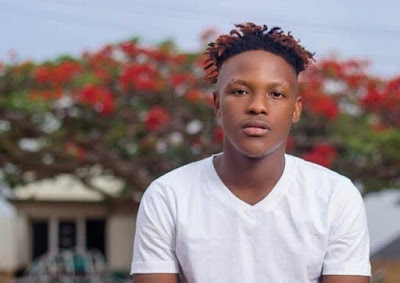 The special task force (STF), Operation Safe Haven (OPSH) in Plateau, says the killing of Rinji Bala, a 300-level student of the University of Jos (UNIJOS), by one of its soldiers was a mistake.

Ibrahim Shittu, media officer of OPSH, who spoke with NAN on Wednesday, said the 20-year-old undergraduate student was shot by a sentry of the OPSH who mistook him for an escaping suspect on Tuesday.

According to Shittu, personnel of the task force responded to a distress call on activities of cultists and armed robbers around the area, leading to the arrest of seven suspects.

The OPSH spokesman explained that Bala was among those arrested and taken to the OPSH office along Zaria Road, Jos.

He added that they were, however, released after checks showed they were not connected to the robbery activities.

But on their way out of the OPSH’s premises, the soldier, who mistook them for escaping suspects had opened fire on them, killing Bala in the process.

“Yesterday, at about 10 p.m., we received information of the activities of suspected armed robbers and cultists operating around No. 18th Street axis, opposite Hwolshe community,” he said.

“The report revealed that the criminals took advantage of the lockdown and curfew to perpetrate crimes. Consequently, our Sector 1 patrol troops of OPSH swiftly responded and arrested 7 suspects, which were immediately moved to the Headquarters of the Sector 1 for preliminary investigation.

“Thereafter, five out of the seven suspects were cleared and asked to leave the premises. Unfortunately as they were leaving, one of the personnel on sentry duty mistook them for escaping suspects. Thus opened fire on them, which led to the death of Rinji Bala.”

The media officer said a thorough investigation had commenced to unravel the circumstances surrounding the incident, adding that the personnel involved has been arrested and detained.

He explained that a delegation from OPSH have visited the family of the deceased and commiserated with them while promising to ensure the deceased get justice.

Also speaking with NAN, Emmanuel Dung, an eye witness, explained that Rinji and five others were arrested at about 7 p.m. on Tuesday by the OPSH team.

Dung, who was among those arrested alongside the deceased, said they were taken to the sector one of OPSH, along Zaria Road, Jos.

“The soldiers didn’t say what our offense was and took us to their office at Zaria Road. They tortured us for over an hour and later released us at about 10 p.m,” he said.

“At the gate, some soldiers asked us to run. When we took off, they opened fire on us and Bobo (Rinji) fell down few meters away from the gate.

“I stopped to help him but a soldier came close with his gun pointed at me but turned back, and one of the soldier shouted “ceasefire.”

Peter Bala, father of the deceased, told NAN that he got to the office of the soldiers shortly after the incident, adding that the sector commander told him that the kids were found innocent after investigation and were released.

“When I got wind that my son along others were arrested, I quickly rushed to the military base at Zaria road. The Sector Commander told me the boys were found innocent and have been released,” he said.

“But I saw a corpse at the entrance of the military base but didn’t know it was my son; and they never told me until I met his fellow detainee while driving home,” he said.