We killed Catholic Seminarian because he preached about Jesus – Suspect 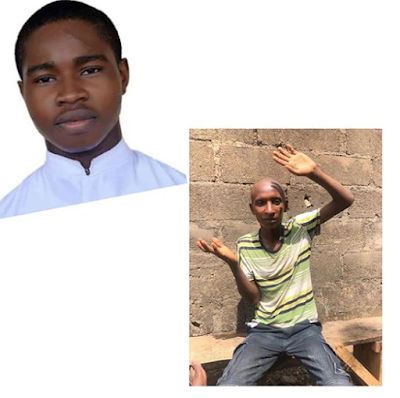 Mustafa Mohammed, leader of the gang suspected to have killed a Catholic Seminarian, Michael Nnadi, has said he killed the 18-year-old because he was always preaching about Jesus Christ.

The Police had last month arrested some armed men who stormed the Catholic Seminary and kidnapped four Seminarians, murdered one of them and released the remaining three on January 31 after they received a ransom from the seminary.

Speaking to the Sun, Mustapha said that as soon as Nnadi was abducted, he started preaching about Jesus.

He said the late Nnadi was not allowing him to have peace as he continued to preach the gospel, despite knowing that he was not a Christian.

According to him, he hated the confidence displayed by Nnadi, so he decided to kill him.

The suspect also revealed that he belongs to a 45-man kidnap gang that has been terrorizing motorists along the Abuja-Kaduna expressway and the Kaduna-Jos road, among other routes and bush roads in the North.

The 26-year-old Fulani suspect stated that they decided to invade the school because they knew they would also make good money.

He said that a commercial motorcycle operator gave them information about the school, adding that they forced the school authorities to purchase recharge cards worth N30,000 and to bring to the spot where they had agreed to collect the ransom.

He said, ‘It took us about five days to conduct proper surveillance on the school before we embarked on the operation.