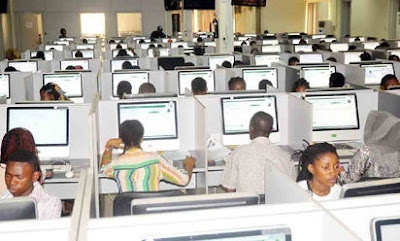 Anambra, Imo and Enugu have appeared most visible as states with the highest number of candidates who cheated during the 2020 Unified Tertiary Matriculation Examination, UTME.

A total of 195 candidates found wanting in the three-week-long examination that took place nationwide and ended on Sunday, March 22,

were arrested. Some of them are already being prosecuted by the Nigeria Police at the instance of the Joint Admissions and Matriculation Board, JAMB.

JAMB which published the names and states of the 195 candidates in its weekly bulletin, released on Monday, said Imo, Anambra, Enugu, Abia and Ebonyi states, all have a total of 71 candidates who committed infractions.


The infractions allegedly committed by the candidates, according to the nation’s tertiary institutions’ examination body, were among; examination by proxy, attempt to cheat, forceful entrance, tampering with examination documents, smuggling of mobile phones into the examination halls, among others.

While a total of 1,945,983 candidates wrote the UTME in the year under review, JAMB stated that cases of misconduct were reported across 30 states of the federation including Abuja.

“Examination Infraction in the UTME is declining with the 2020 experience. However, out of the 1,945,983 million candidates who sat the examination, prima facie cases of examination misconduct have been made against the following 149 candidates,” it said.

In the bulletin, the board added that despite the release of the results, it would review all the Close Circuit Television footages and other installed technical gadgets for possible examination misconduct.

“As part of its tradition, the board would not hesitate to withdraw the results of candidates found to have perpetrated any form of examination malpractice,” it said.

The board, in the bulletin, said Gombe, Sokoto, Adamawa and Yobe states have one case of malpractice each.

The board, also in the bulletin, said of all the various allegedly malpractices, the most visible was impersonation. It explained that 89 candidates out of the 195 candidates were re-founding wanting for the offence of impersonation.