US demands immediate probe of the president of African Development Bank, Akinwumi Adesina

Tuesday, May 26, 2020 CuteNaija 0 Latest News in Nigeria, Nigerians in Diaspora 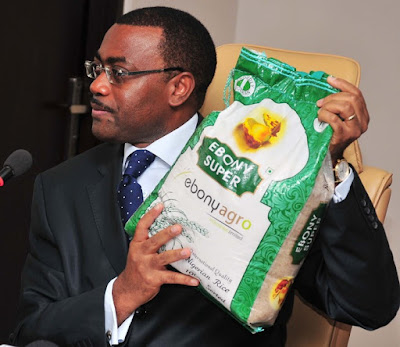 The United States has demanded a fresh probe of the president of African Development Bank, Akinwumi Adesina, over allegations leveled against him.

Bloomberg reports that Adesina was accused by a group of unidentified whistleblowers of handing contracts to acquaintances and appointing relatives to strategic positions at the Abidjan-based lender.

However, Le Monde, a French newspaper, reported that the petition was allegedly spearheaded by an elected staff member to “discredit” Adesina’s candidacy for reelection.

Adesina, a Nigerian, is the sole candidate for the bank’s election expected to hold in August.

After the allegation, the AfDB’s board asked its ethics committee to probe Adesina. The committee after its findings “totally exonerated” Adesina form the allegations of favoritism.

But in a letter dated May 22, the US through its Treasury Secretary Steven Mnuchin rejected findings by the bank’s ethics committee and plans to end an investigation into its president.

In the letter addressed to Niale Kaba, chairwoman of the bank’s board of governors, Mnuchin called for an independent probe into allegations against Adesina.

Part of the letter read, “The United States received your letter of May 5, in which you share your view that the board of governors of the African Development Bank should adopt the conclusions of the bank’s ethics committee and declare that the president is “totally exonerated of all the allegations made against him.”

“Our constituency cannot make such a declaration at this time. We have deep reservations about the integrity of the committee’s process.

“Instead, we urge you to initiate an in-depth investigation of the allegations using the services of an independent outside investigator of high professional standing. We emphasize that undertaking an independent evaluation of facts, at any stage, is not at odds with a presumption of innocence.

“We fear that wholesale dismissal of all allegations without appropriate investigation will tarnish the reputation of this institution as one that does not uphold high standards of ethics and governance.

“This is a serious risk when we need strong confidence in the AfDB to play an influential role in the current global economic and health crisis, and when many shareholders are seeking legislative support for payments under the recently-concluded general capital increase.

“Therefore, the United States cannot support dismissing the allegations at this stage. We believe the board of governors must demonstrate that this institution takes governance, anti-corruption, and transparency seriously.

“We thus request that you take steps to initiate an impartial, independent investigation into these allegations. Whatever the outcome, the AfDB will emerge stronger for having taken seriously its obligations to uphold good governance.”