US artistes only interested in us for retweets- Samklef 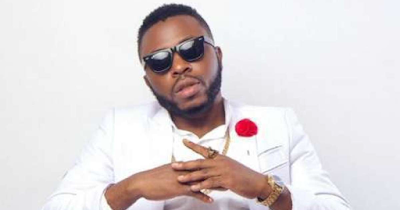 Ace music producer, Samklef has averred that American artistes pretend to care about Africans for retweets.

In a video shared on his Twitter page, the music producer said it is disastrous that many Africans have continued to fall for the various stunts used by American artistes just to gain attention.

Samklef claimed majority of the actions of such artistes were inspired to get comments and retweets on social media.

The  singer also wondered why several of such artistes have continually claimed to love Africa over the years, yet failed to invest in grooming potentials and talents originating from the continent.

“All these American artistes. How will they keep saying help Africa, help Africa, and yet they don’t have investment in the continent? Did any of them own a record label in Africa where they’ve paid for rent for and built? No,” he queried.

“But yet they keep using our names, that they did this for Afrobeats. They’ll be dancing to Fela’s songs because they know we will go to their timelines to comment.”

The ‘Molowo’ singer  enjoin Africans, particularly Nigerians, to disperse their support for their own artistes.

“It’s high time we start supporting our own. Jamaicans support their own, Nigerians support your own. All these American wash (stunts), you people should not be swayed by them anymore,” he added.

“I have seen and experienced it myself. So anytime a big American artiste talks about Burna Boy, Davido or Wizkid. They are just looking for retweets, they know you will rush to their pages. It’s time we wise up.”