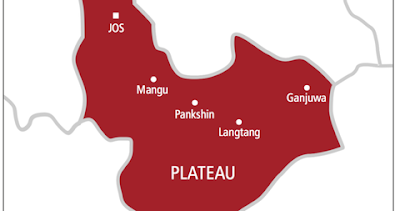 Five people have been killed by gunmen who attacked a food joint in Miango Community, Bassa Local Government Area of Plateau State.

It was learnt that the victims were eating at the canteen in Nzharuvo Miango when the gunmen attacked them, killing all the customers including the shop owner, Miss Asabe Samuel, and a school teacher identified as Mr Gideon Tunku.

Chairman of Miango Youth Development Association, Nuhu Nkali, who confirmed the killings to newsmen in Jos on Friday said the incident happened on Thursday night.

Nkali said, “We just lost five of our people in a fresh attack. The victims were killed at a food shop in Nzharuvo Miango around  9:50 pm on Thursday. The shop is just along the road about 18 kilometers to Jos.

He said the incident had been reported to security agencies, whom he said were already interrogating 10 persons suspected to have carried out the attack.

He said, “When the attack took place yesterday (Thursday), we informed the security personnel at their duty post not more than one kilometer from the scene of the incident.

“A few hours later, around 1:18 am, a vehicle carrying ten young men was intercepted by the vigilante at Jebu Bassa community. The vehicle made some suspicious turns before it was blocked by vigilantes and when they were interrogated, they claimed to be returning to Kaduna after supplying tomatoes in Shendam. But when one of them was interviewed separately, he said a different thing and claimed to be coming from Faringada Market in Jos.

“Right now, they are at the police station in Bassa because they are suspected to be the ones who carried out the attacks in our community. ”

A spokesman for the Plateau State Police Command, ASP Ubah Ogaba, confirmed the incident and said an investigation into the matter was ongoing at the time of filing this report.