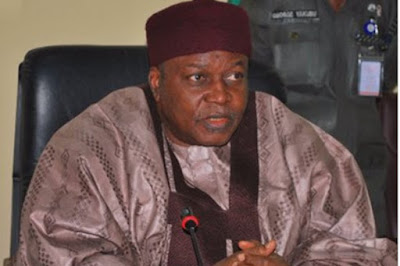 This is coming barely a month after the Commissioner for Rural Development, Hon. Makus Senlo, died in a Yola hospital.

Kefas was until his death the Commissioner for Poverty Alleviation in the state.

His death was confirmed by the governor’s Special Adviser on Media and Publicity, Bala Dan-Abu, in a statement.


The statement quoted Ishaku as lamenting that the death of Naphtali Kefas came less than a year to his appointment as a member of the State Executive Council.

He said, “The death of Kefas has robbed the state of the services of a patriotic and hard-working gentleman

“The late Kefas was a very gentle and compassionate man, the reason why he was posted to the Ministry of Poverty Alleviation to help implement government’s pragmatic programme of giving hope and succour to the poor and the needy.”

The Governor prayed God to give the people of Wukari and members of the immediate family of the late commissioner the fortitude to bear the loss.