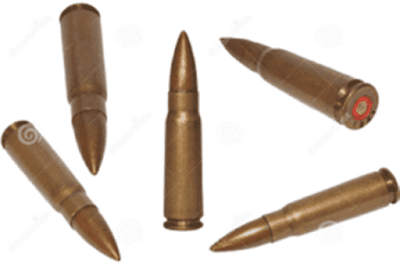 Pandemonium broke out in Owode Yewa in Yewa South local government area of Ogun State when a 17-year old, Rilwan Bello was reportedly hit by stray bullets, allegedly, fired by the Operatives of the Nigeria Customs Service when they raided locked – up shops in the area in search of suspected smuggled rice and other contraband goods.

It was gathered that about 12 operatives of the NCS stormed Owode town in the morning and broke into many shops, sending unsuspecting traders scampering for safety even as the operatives carried away bags of rice, sugar among others.

An eyewitness said that while the raid lasted, the operatives also shot repeatedly into the air, apparently to ward off any counter – attack or violent resistance from the people and that it was one of the stray bullets from the Operatives that struck the boy on the head.

It was gathered that many people, including the traders, were also said to have sustained injuries during an ensuing stampede triggered by the gunshots being fired into the air by the NCS Operatives.


As the confusion and tension heightened with some youths threatening violence, soldiers and policemen also hurried to the scene to help restore normalcy to the troubled Owode town, which the witness said, initially overwhelmed the NCS Operatives.

The source said, Rilwan, a student at the Area Community High School, Owode, dropped to the ground and died in a pool of his blood, allegedly, following the impact of the gunshot wound.

“This boy was killed this morning at Owode Idiroko by custom men. The boy’s name is Rilwan, a student at the Area community high school Owode.

“He is 15 years old boy. The customs men, broke into shops, parked away bags of sugar and rice. They were shooting into the air to scare away reprisal attacks and in the process, their stray bullet hit the boy on the head,” the source said.

While reacting to the incident, the Public Relations Officer, for Customs Area Controller, Ogun I Command, Abdullahi Maiwada, said the incident involved the Officers and Men of NCS Ogun I Command and Some suspected cultists, popularly known as ‘Eiye boys,’ alleging that the slain boy was a cultist.

Maiwada added that the Command had, however, launched an investigation into the circumstances surrounding the incident, pledging to make the outcome of the investigation available.

“The Team came across such hostility while peacefully

performing their lawful duty with vivid arrest of smuggled 47 bags of sugar, 13 bags of rice (50 kg each) and three cartons of sugar stocked at a residence located along Owode-Idiroko Road.

“In the melee that ensued, information available revealed that one among the suspected cultists died, while Officers including the team leader sustain various degree of injuries.

“The name of the deceased who is popularly know among the ‘area boys’ is Owoeba. Other popular members of the notorious gang at large are Angaba, Wudor, Solomon (a.k.a K.Solo).

“We wish to use this opportunity to acknowledge the timely intervention of Nigerian Army 192 Battalion Owode, Operatives of National Border Drill, Nigeria Police Force Owode.

“In the same vein, we wish to recognize the patriotic Owode Youths who shunned the cultists and assisted the operatives Nigeria Customs Service to evacuate the offensive goods.

“Their action is worthy of emulation as the NCS is always out to perform their duty for the common good of the entire nation.”