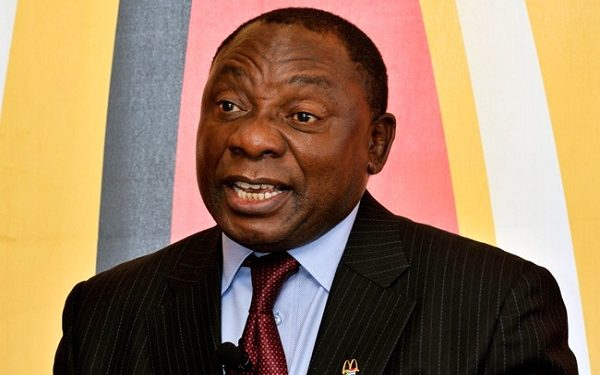 South Africa began to gradually ease its strict coronavirus lockdown on Friday, allowing some industries to reopen after five weeks of restrictions that plunged its struggling economy deeper into turmoil.

Africa’s most industrialised nation was already teetering with low growth and high debts when the lockdown kicked in on March 27.

“The poor and the working class are having to bear the burden of a global pandemic that has caused severe economic and social disruption,” President Cyril Ramaphosa said in a televised May Day speech, adding that pre-existing challenges had been “exacerbated by the pandemic”.

“As we begin the process of easing the lockdown and many people start returning to work, we must remain vigilant and careful,” Ramaphosa cautioned.

“The road ahead will be long and hard, and we will make mistakes.”

But a mid-April government survey published on Friday showed that respondents were more concerned about a potential economic collapse than contracting coronavirus.

Many also feared the outbreak would trigger civil disorder in a country marred by social inequality and sporadic outbursts of xenophobic violence.

– ‘Very difficult battle’ –
“Our president … has got a very difficult battle with managing livelihoods and economic issues together with health issues,” Paul Kapelus, a development specialist cycling at a Johannesburg park, said in the early hours of the first day of the eased restrictions.

Around 1.5 million workers in selected industries will return to work in the next phase under strict health conditions, according to Trade and Industry Minister Ebrahim Patel.

Winter clothing, textile and packaging manufacturing were among the industries permitted to reopen factories from Friday.

Restaurants also opened only for takeaway deliveries but controversial bans on the sale of cigarettes and alcohol remained.

Social distancing and wearing masks in public and at workplaces will be mandatory.