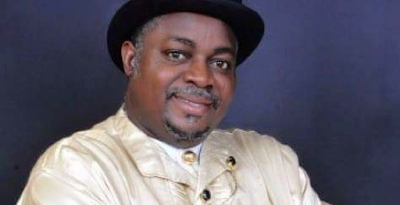 The Senate Tuesday resolved to carry out. a probe on alleged Financial Recklessness by the Interim Management Committee ( IMC) of the Niger Delta Development Commission ( NDDC).

Precisely , the Senate in carrying out the probe , want  the sum of N40 billion allegedly lavished by the  Interim Management Committee ( IMC) of the Commission within the ninety days , to be accounted for .

In line with the move, set up an Ad- hoc committee to be headed by Senator Olubunmi Adetunbi ( APC Ekiti North) , to look into the financial transactions carried out by IMC on behalf of the commission within the  last three months and report back in four weeks .

These were sequel to a motion promoted to that effect by Senator Thompson George Sekibo ( PDP Rivers East ) .

According to him, while  President Muhamnadu Buhari set up the IMC to coordinate forensic auditing of financial transactions carried out by the now  dissolved Board of the commission , reports emanating from IMC, indicate financial Recklessness on it’s part too.

He added that aside financial Recklessness being carried out by the IMC,  is also indulging in alleged arbitrary sack of the management staff of the Commission .

He said : ” While President Buhari ‘s action of setting up an IMC and the forensic audit may have been conceived to forestall the financial Recklessness of the commission and reposition it for fast tracking of the development of the region , the IMC has been more bedevilled with the same financial misuse , misapplication , misappropriation or outright fraud in the management of the funds of the commission .

” Within the last three months, the commission has spent over N40billion of the commission ‘s fund without recourse to established processes of funds disbursements , which has open up further suspicion among stakeholders of the Niger Delta Region .

” IMC is also alleged to be  arbitrarily  using  executive power for  wrongful sacking of management staff of the commission without recourse to established civil service rules and practices .

” Consequently, the IMC has lost credibility and seen as a financial conduit pipe based on opinions of stakeholders in the region , which therefore urgently calls for an intervention by the Senate of the Federal Republic of Nigeria to install confidence in the people for whom the commission was primarily established .

” In particular, section 88 of the constitution ( as amended), has conferred on the National Assembly and in this case the Senate, to ascertain whether the sum of N40billion so appropriated and in the coffers of the commission , has been properly applied judiciously and appropriately to  programmes meant for “.

Though during general debate on the motion , Senators Bala Ibn Na”Allah ( APC Kebbi South) and Ajibola Basiru ( APC Osun Central ) through different constitutional point of orders , tried to stop it from sailing through , but the Senate President , Ahmad Lawan ruled and many other Senators , pushed it through.

Na’Allah and Basiru kicked against  the motion on the grounds of being  driven by allegations .

But Lawan in his ruling countered by saying at the level of investigation, the veracity or otherwise of the allegations would be established .